This site uses cookies, including third parties, to show you advertising and services in line with your preferences. For more information, please see our Privacy Policy.
Advanced options
Accept all
Information We Collect About You

We want to be transparent about the data we and our partners collect and how we use it, so you can best exercise control over your personal data. For more information, please see our Privacy Policy.

We use this information to improve the performance and experience of our site visitors. This includes improving search results, better communication, and improved site performance.

Statistical cookies help us to understand how visitors interact with our website by collecting and reporting information anonymously. Any information collected by means of this type of cookies is used to measure activity on any website, application or platform, for the purposes of introducing improvements in function of the analysis of the data regarding the service use made by users. This category of cookies cannot be disabled.

These cookies are essential for enabling user movement around our website and providing access to features such as your profile and purchases, log in credentials, and other areas of the website. These cookies are necessary to enable the basic features of this site to function, such as providing secure log-in, allowing images to load, or allowing you to select your cookie preferences. This category of cookies cannot be disabled.

Marketing cookies are used to understand user behavior across our websites. These cookies are also used to show ads that are more relevant to your interests. We may share this information with advertising platforms to help us display the most relevant messages to you. These cookies may also store information on user behavior obtained through their browsing habits, which allows us to develop a specific profile and display advertisements appropriate to your profile. 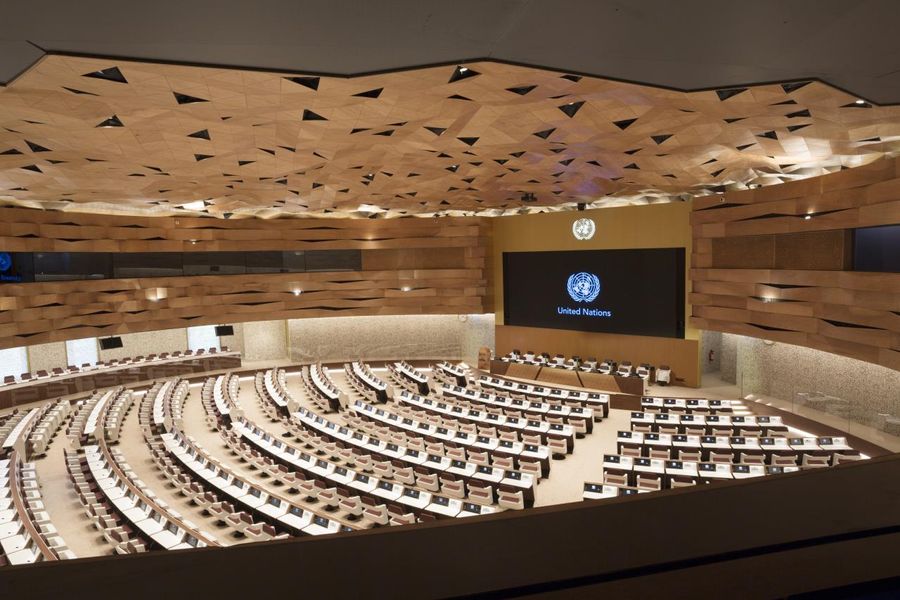 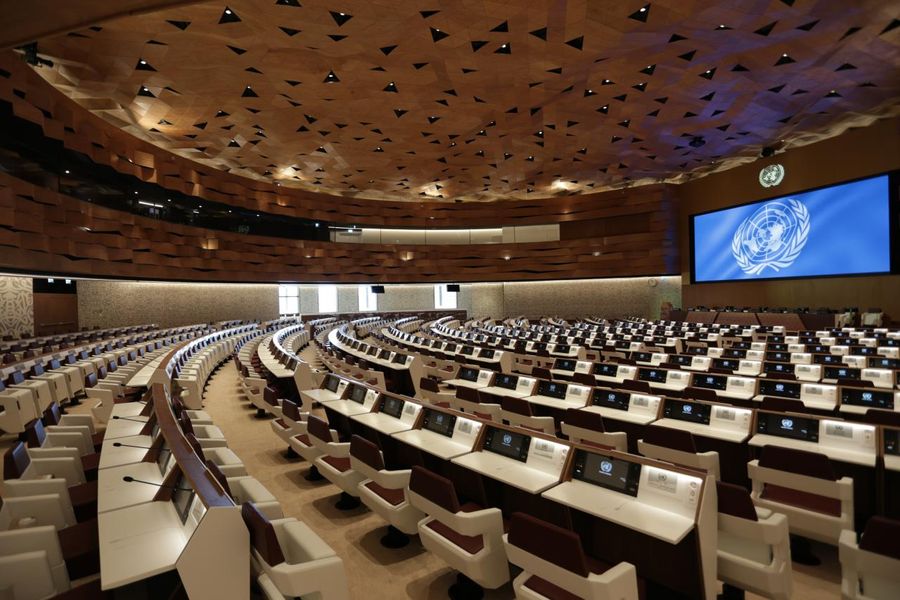 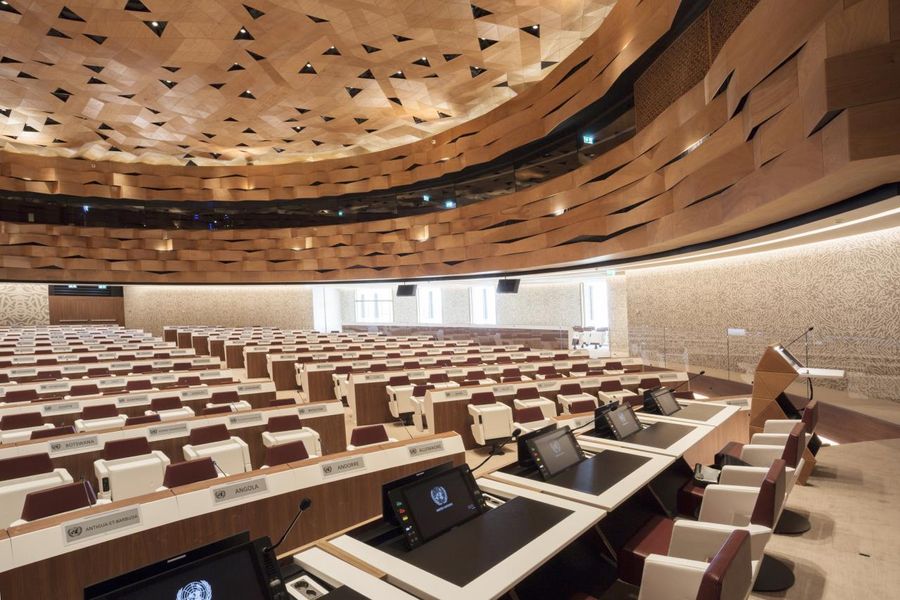 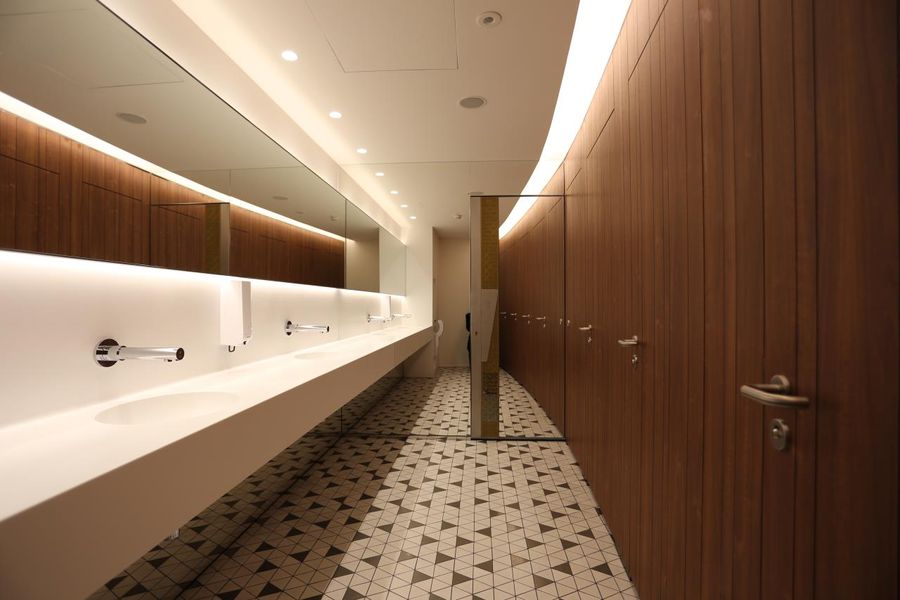 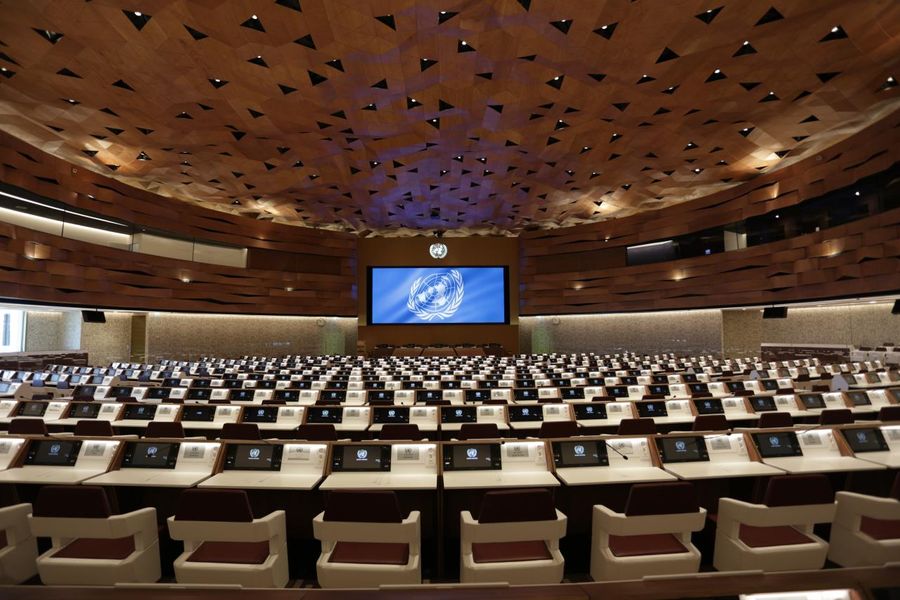 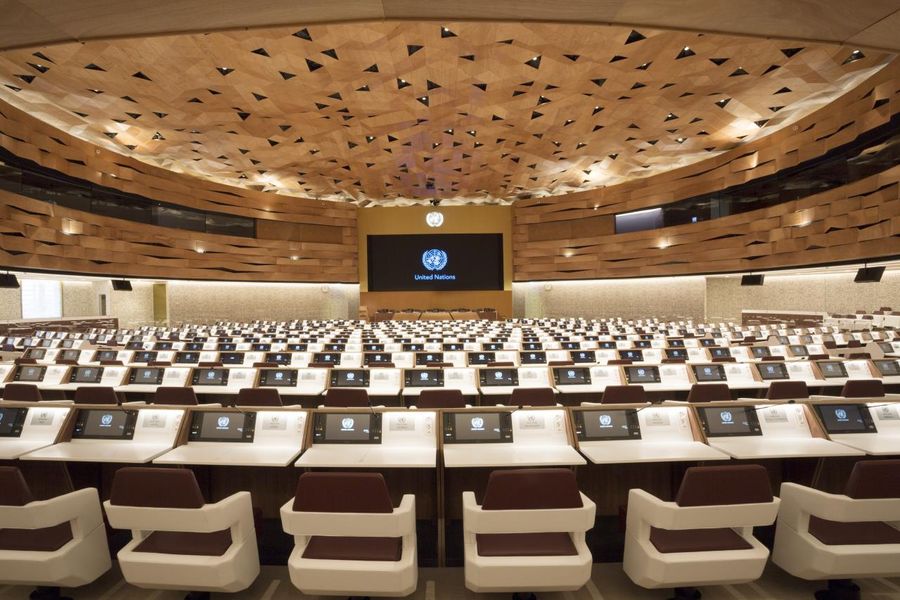 Casalgrande Padana porcelain stoneware tiles are used for Room XIX of the United Nations
design Studio PEIA
2019
recommended by Casalgrande Padana
The United Nations (UN) Organisation, headquartered in New York and currently comprising almost all the world’s countries, with 193 members (each of which contributes to the organisation in proportion to its wealth), was established by 51 countries after the Second World War to organise and promote peace and collaboration among peoples.
After the glass palace in New York, the UN offices in Geneva house the largest and most important international operations centre of the United Nations, and together with the offices in Vienna and Nairobi make up the network of central offices of the UN. The Organisation’s main headquarters in Europe, it is home, amongst others, to the UN Human Rights Council and the Office of the High Commissioner for Human Rights.
A generous donation from Qatar allowed for a thorough renewal of Room XIX of the United Nations in Geneva. Measuring 4000 square metres, and with a capacity of 800 and 320 desks for the delegates of the nations, it is the largest hall used for plenary assemblies. It was designed by the PEIA studio, whose close collaboration and research conducted with Casalgrande Padana over the years has offered the possibility to experiment, create and innovate, using porcelain stoneware tiles to come up with new patterns, visual effects and cutting and laying solutions with explicit, consistent references to the main elements of the hall and the UN building, helping to bring a unique style to this project. The large-size porcelain stoneware tiles, in the colour Marte Thassos laid with minimal-width joints, create the illusion of a continuous surface, while the wall coverings in the colour Travertino are inspired by those featured in the historic architectures of the UN in Geneva, reminiscent of bas-reliefs and archaeological finds. Some of the floors are tiled in the colours Pietra del Cardoso and Zinco Titano, alternating shiny and matte finishes, while others feature mosaics with random colour variations mimicking the magnificent triangular wooden “Dune” pattern of the Hall’s imposing vault.
The architectural design of Room XIX, with its circular concentric and radial pattern exemplifying the concept of equality, reflects the ideals the United Nations is founded on: instead of lots of desks with different rows, a single module has been designed that can be combined with the others, with a view to promoting the individuality and identity of the nations, and at the same time expressing the strength of the union as a single entity focused on resolving the world’s problems together.
As for the Kempinski Residences and & Suites of the Kempinski Tower in Doha and the Westin Resort Miriandhoo in the Maldives, attention to detail and the determination to rework and adapt materials to the pragmatic, inventive approach of the project designer, while maintaining quality standards, were the reasons that persuaded the architect Giampiero Peia to also choose Casalgrande Padana for the design of such a symbolic place, in which past, present and future intertwine to form a continuous, supranational flow, reminding us of the emergencies we have to face, by audaciously rising to the challenge of guaranteeing the salvation of the planet and real progress for its peoples.

Other projects by Casalgrande Padana 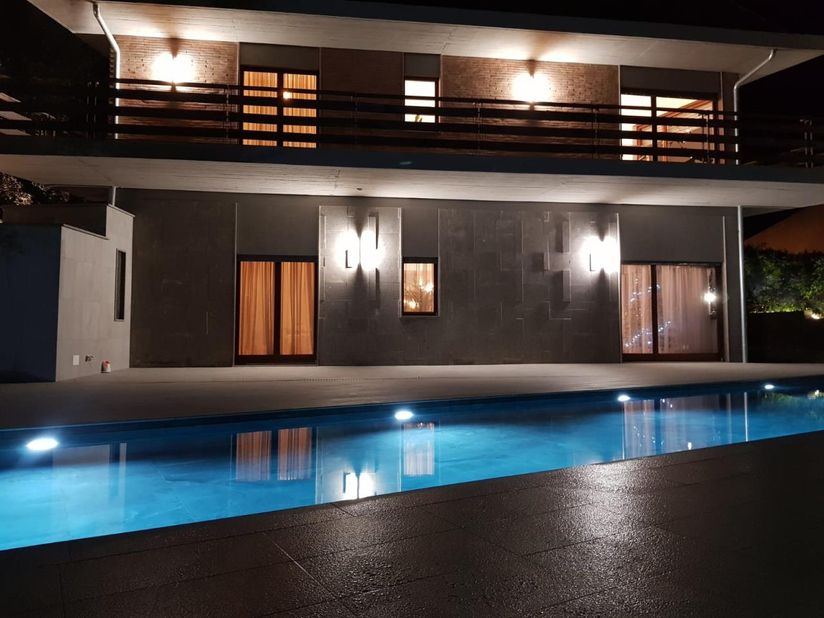 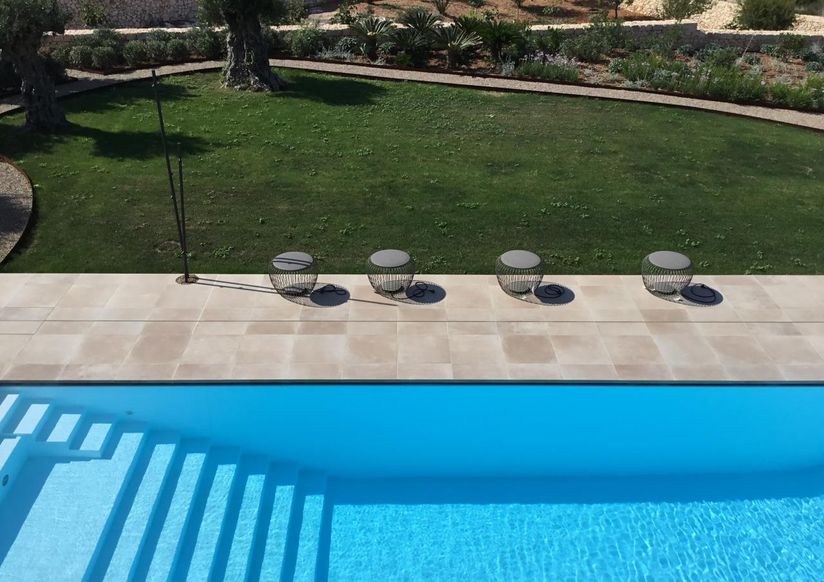 Casalgrande Padana Villa Malta: a project inspired by the view of the horizon over the sea 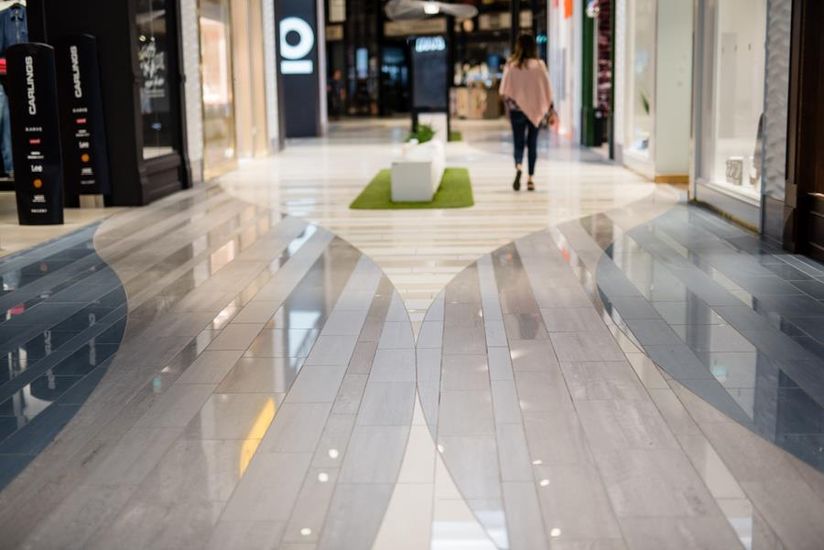 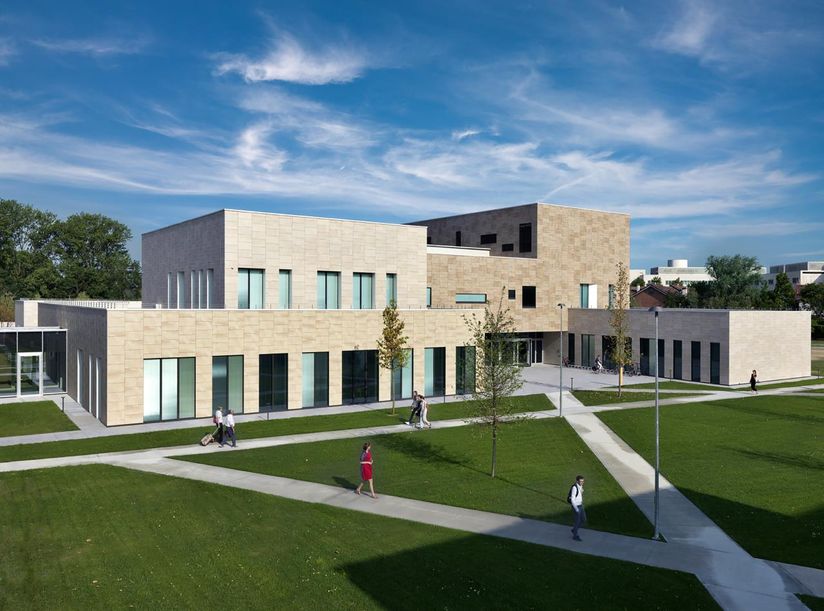 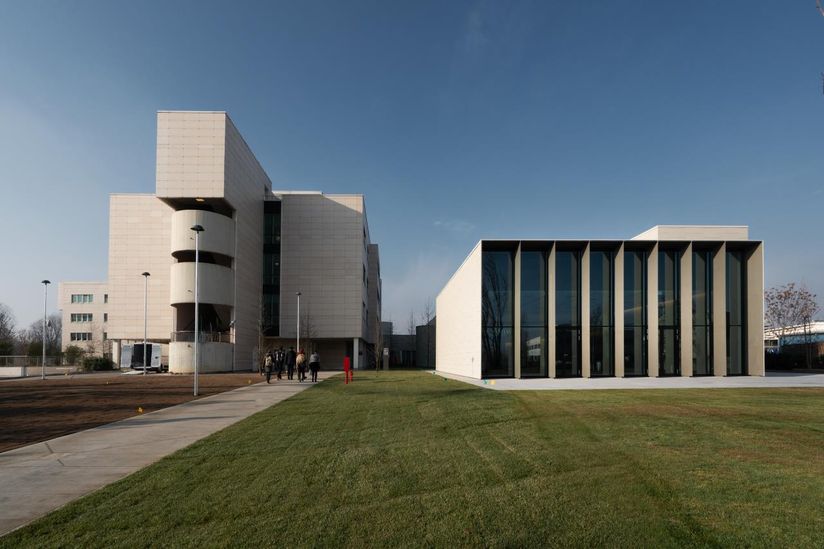 Casalgrande Padana Channel
Website
Log in to My Designbest
Free and easy to use, with My Designbest you can create a wishlist by saving your favourite products.
or